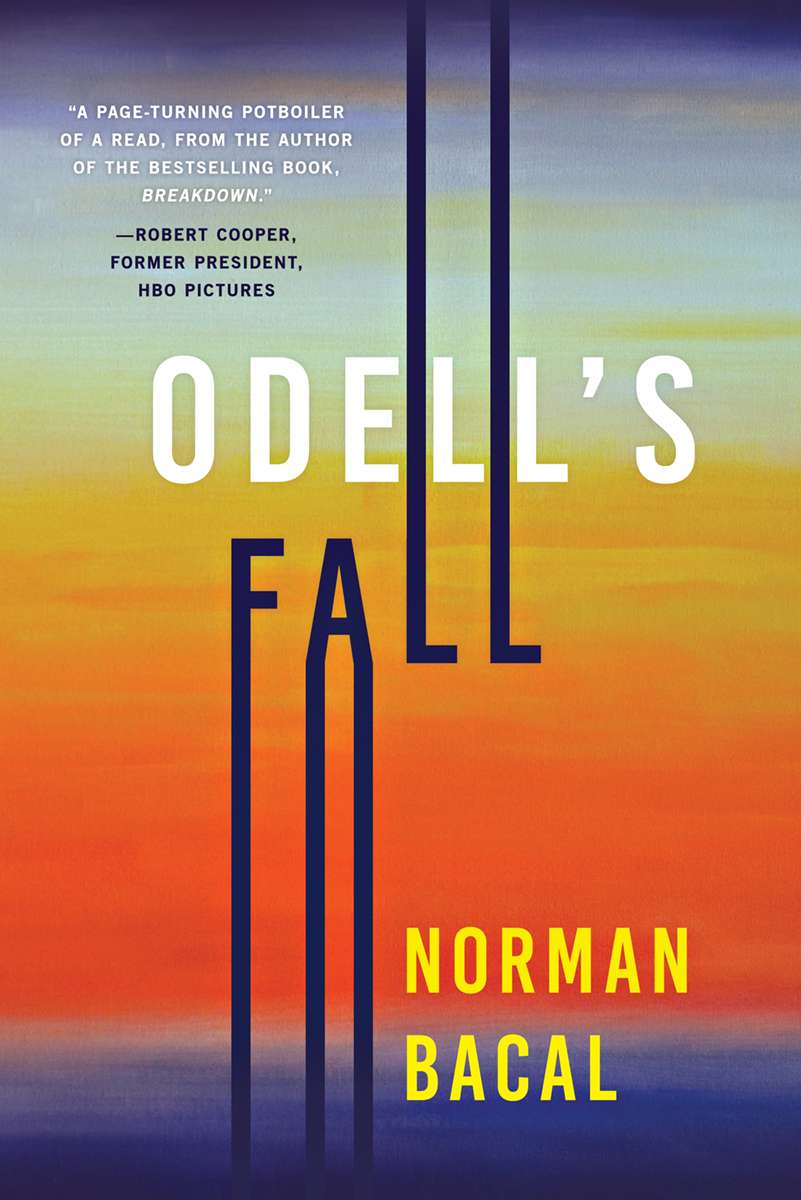 As a lawyer and a managing partner at a top law firm, Norman Bacal dealt in facts. He stuck to the facts after the law firm collapsed when he wrote his bestseller, Breakdown: The Rise and Fall of Heenan Blaikie.

Then he switched to fiction and wrote his first murder mystery, Odell’s Fall.

That was quite a leap for the sharp legal mind. What did he learn while writing his first novel?

They say fact is stranger than fiction

In an early version of Odell’s Fall, Norm wrote a scene that replayed an incident from his legal career. The editor nixed it: “That just doesn’t ring true. It might have happened in real life, but in fiction, nobody’s going to buy it.”

It’s hard to start with no boundaries

“Non-fiction creates boundaries, whereas in fiction, there are no boundaries,” said Norm. “That was a problem at the beginning: There were so many options at every turning point.” Who would do what? What would each scene be? “I had no idea.”

Whose point of view?

“In non-fiction, it’s typically a single point of view. In Breakdown, it was mine. I was the protagonist,” Norm said.

“What I didn’t understand at first was that most fiction have multiple points of view, and unless you understand every detail of your character’s life, you can’t write that character’s point of view. Or they’ll all sound alike.”

After one editor said she didn’t feel a connection with two of the main characters, Norm rewrote. He knows the characters now. “I know what they’ll do or say if I put them in a situation.”

It was two years into the writing of the book that Norm realized he didn’t fully understand his characters. Then it took another two years – and up to 100 rewrites or tweaks – to absorb the lessons. “It’s like going to school full-time to learn how to write a novel,” said Norm. “And I had the guidance of some of the best editors in the business.”

The idea to write a series of books based on Shakespeare’s great plays came from Norm’s wife, Sharon. Norm started with the idea of turning Othello into a legal tragedy.

“It worked for Shakespeare,” said Norm.

As the writing evolved, Norm found himself reading, and rereading, Othello for guidance. When you read the book, you’ll recognize the characters and the scenes. That was, of course, the idea.

“You put characters into impossible situations and see what they do,” said Norm. “That’s what Shakespeare did.”

When a book becomes an event