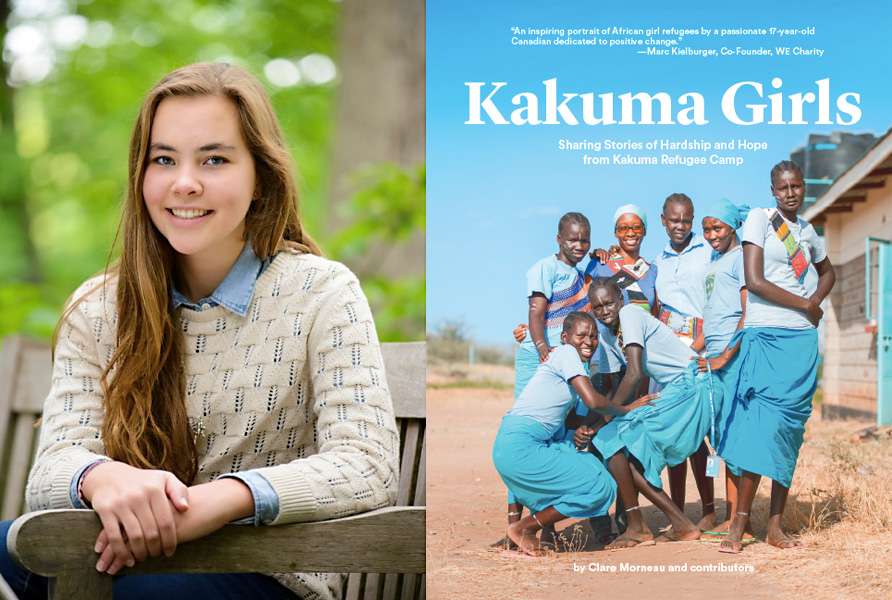 At a time when Donald Trump and the Brexiters are turning their backs on people fleeing from terror, it’s heartening to see that Canadians are still reaching out to the world.

Let me introduce you to our latest author, 17-year-old Clare Morneau. This fall, Barlow Books is publishing her beautiful book that vividly portrays what it’s like to be a teenage girl in a refugee camp in Kenya.

The girls attend a high school that was built by Morneau Shepell, Canada’s largest human resources services firm. When the school opened in 2014, Clare’s father, Finance Minister Bill Morneau, was the firm’s executive chairman. The company built the school because girls in the camp weren’t getting a chance to be educated — only five girls were enrolled for every 10 boys.

Clare and her friends at Havergal College in Toronto started exchanging letters with the girls at Kakuma. The letters that came back were an eye-opener. The Kakuma girls described their harrowing escape from violence in war-torn neighboring counties, and the gritty lives they live in a refugee camp with a population of 180,000. Despite all of this, they are spirited, optimistic girls with big dreams for their future.

So began the book. Doug Laxdal from the Toronto firm The Gas Company Inc., which creates exquisite books for the Art Gallery of Ontario and design luminaries like Bruce Mau, took on the job of designing and producing Clare’s book. A prominent Ugandan photographer flew in to photograph the girls in the camp in vivid color.

Now we are pleased to announce that Barlow Books will publish this book and offer it for sale in stores in October. All proceeds will be going to educate the girls at Kakuma.

Clare, who’s entering Grade 12, will be taking time out of college and university applications to do interviews for traditional media and to get the word out on social media.

We’d love to see the Kakuma girls participate in the conversation if they can get access to social media.

It’s an inspiring project, one that makes us very happy to be an all-Canadian publisher.

When Asking for Help Feels Good
Next

The Greenbelt: Protecting and Cultivating a Great Ontario Treasure