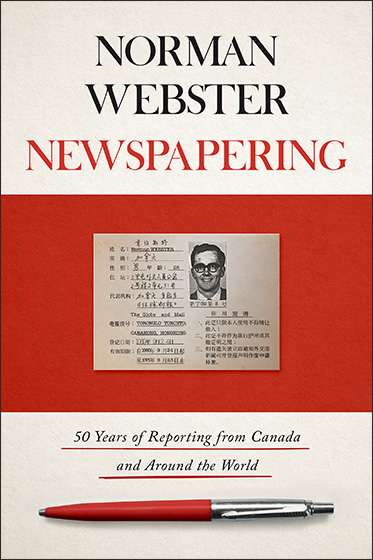 50 Years of Reporting from Canada and Around the World

In this collection of articles, Norman Webster takes readers on a journey through his 50 years of newspapering—in Canada, China in the early 1970s, the UK of Maggie Thatcher, and around the world. Webster, a distinguished international journalist, worked at a time when you couldn’t rely on Google for your basic facts. You had to go there, look, ask questions. It’s old-style reporting from a journalist with a sharp eye for the absurd, as the title (from a reporting trip to Tibet) suggests. As a renowned editor, Webster writes about some of the big issues in Canada, such as the Quebec Neverendum, the sovereignty debate that consumed the province and the country for three decades. Unlike so many political players in the world today, he is thoughtful and measured in his analysis. His book is entertaining and inspiring for readers of politics, and for journalists looking for award-winning examples of international reporting and editorial columns.