In Defence of Wealth - barlowbooks 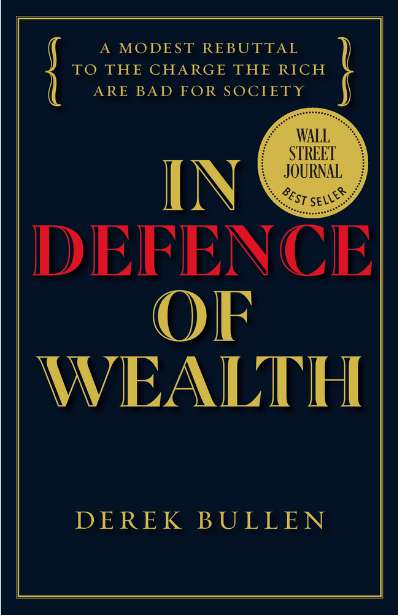 In Defence of Wealth

It’s a good time to attack the rich right now. The top 1% are getting hit from many angles: The rich are getting richer while the poor are suffering. The rich, say the critics, aren’t paying their fair share of taxes. They’re grossly overpaid for what they do. They’re sucking the life out of our society. We’d be better off without them.

That’s the criticism, and lots of people, including many politicians, think it’s justified. Derek Bullen, a proud 1-percenter, sees things differently. He says that many of the critics are overlooking one crucial thing: We need businesspeople to build companies and generate wealth to keep the economy going. Only individuals can build companies that create good jobs for people. That’s the only way to generate the wealth that pays for government services like health and education.

In In Defence of Wealth, Bullen, who founded a company that put him into the top 1%, debunks the myths about the rich. Contrary to widespread public opinion, for instance, the rich do and have been paying their fair share of taxes, he argues. This book, from a very successful Canadian entrepreneur, is a manifesto celebrating the achievements of people who have earned their wealth. It’s also is a sharp rebuttal to all those who think the world would be better off without the people who get rich.